Time For A Change

I have been lugging a modest net short position but plan on becoming more aggressive on the short side this week. What has changed? 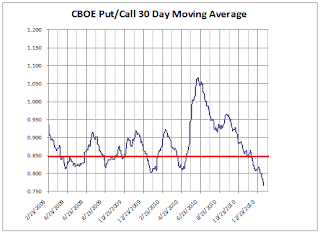 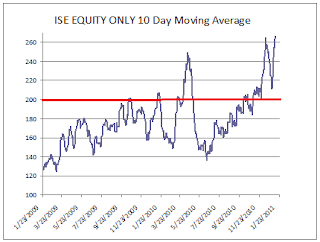 My vehicle of choice for expanding my net short position will likely be put options on the SPY.

The hedge funds are gonna be trimming the AAPL position for the next couple of days. This should put some serious pressure on the qqqq's.

Let's see how this bitch turns out.

you seem to sell at 10% gains? Is that usually your goal dawg? good luck with nak

i have two questions:
1) why do u look at the 30 day mva?
2) what does the ISE indicate and how is it different than the put/call chart?